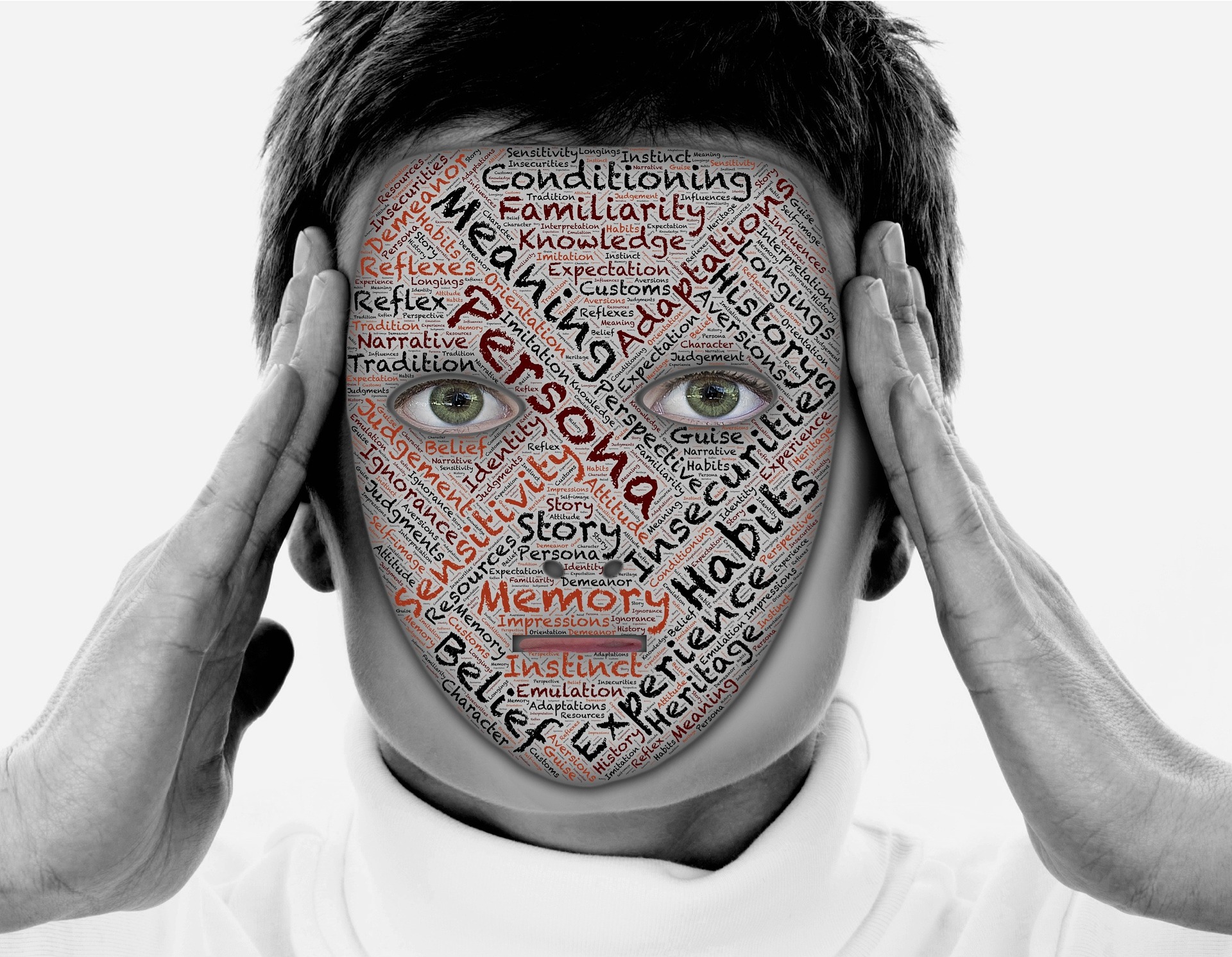 The strange case of English Nationalism.

Ambassador Colin Munro, fellow Austro-British Society board member and Chairman of the United Kingdom Citizens in Austria suggested after reading my recent Blog "From Assimilation to Integration, from Separation to Marginalisation" that I should be concentrating on the subject of Identity in greater detail, which I am going to do now. Identity is after all the core risk factor for acculturative stress due to immigration for both: the immigrant and the host culture, which I had previously discussed.

Identity can be described as who you are, the way you think about yourself, the way the world views you and the characteristics that define you which does not only apply to individuals but also groups of people and society as a whole.

Looking back at Colin Munro's many writings, I came across his persuasive reasoning that the Brexit Crisis is at its heart an English Identity Crisis. He expressed the view that there is not a "Britain", but that the English and Scottish elite created it. According to him, only the United Kingdom is a political reality. Still, across Europe for a very long time, England was the synonym for Great Britain and the Englishman or woman saw themselves being British and English in personal union.

When in 1977 the 106th British Open Golf Championship was held at British Transport Hotels' Turnberry Hotel (today Trump Turnberry Hotel), in Ayrshire, Scotland, it was my task as Personnel Manager to recruit over 300 staff for the period of the competition. When sifting through the many application forms, I noticed that all Scottish applicants marked their nationality as being "Scottish", but those coming from England declared themselves to be "British", not "English".

The British are looking for an identity, and in the process, Europe is the collateral damage. Behind this could be a form of national uncertainty that has found an outlet in the European question. Britain has a reputation for being a tolerant, diverse society run by common sense. However, development may have taken place beneath the surface that went unnoticed for a long time. In any case, it is no coincidence that the EU opponents' campaign only really picked up speed when it began to focus on immigration. Anyone who travels through the country and speaks to people frequently hears that far too many foreigners have come to stay. That does not necessarily have to coincide with reality, but the feeling is undoubtedly there.

The British Identity, which includes Scotland, Wales and the Protestant part of Northern Ireland, is based on the history of the Empire and the great wars of the 20th century. It survived the post-World War II period as a national narrative because the British have a strong historical awareness. The fact that it has crumbled in recent years was demonstrated, for example, by the growing strength of Nationalism in Wales and Scotland. What is now emerging is an English nationalism that rises above their shared history and at the same time longs for it. Presumably, the EU opponents are missing out on the fact that it is in truth this specifically English particularism that could bring the United Kingdom to the "limit of its resilience". At least the detachment of Europe-friendly Scotland is likely in the foreseeable future once the UK has left the EU.

When asked about their vision for a UK liberated from Europe, opponents of the EU refer to the special relationship with the USA, which they could live more intensely again. They overlook the fact that this "special relationship" consists primarily in the fact that the Americans see the British as a bridgehead to the EU and as a junior partner with a quaint accent and otherwise, as the author Geoffrey Wheatcroft noted in the Guardian, use the British army as a foreign legion. Also, the EU opponents want to turn increasingly to the Commonwealth again. However, this community of former states of the Empire no longer has any political significance. The desire for a new direction springs from nostalgia.

The concept of "normal nationalism" is problematic. If one understood normal as benign or morally acceptable, if it were about a national pride that respects human rights, minorities and the rule of law, it would be clear. However, if we look around Europe, can we speak of a normal - that is, a familiar, usual type of Nationalism? The example of Great Britain, especially England, illustrates how problematic this notion is. English Nationalism has nothing in common with nationalisms in the rest of Europe, and much of what is said about British national Identity is unconvincing. Some see it as a sense of superiority, a leftover of an imperial sense of self; others see it as a confusion of Identity due to an overly close proximity to the United States.

Two historical reasons for British Identity are more attractive. The first emphasises that the City of London is still of global importance and carries on the traditions of the old seafaring and trading nation. If the British were to determine their national Identity through Europe alone, their horizons would shrink rather than expand. That sets Great Britain apart from mainland nations, for whom a focus on Europe means an expansion of their interests.

The second argument emphasises Britain's particular role in creating the system of modern, representative forms of government. Therefore British and in particular English patriotism is closely linked to the sovereignty of Parliament. Everything that endangers this sovereignty - such as the development of the European Union - is therefore perceived as a national threat. But even that does not get to the heart of the question - which has a social dimension as well as a political one.

English Nationalism is a strange phenomenon: sometimes it holds back so much as if it were not there. And then - for example at international football games - it is omnipresent. It seems it has withdrawn from politics into the world of sport in the last few decades - why? Here the contrast with Scotland and Wales is telling. Scots and Welsh people often demonstrate a more robust national feeling than the English. For this, they were rewarded with considerable decentralisation measures, so that one can already regard Great Britain as a kind of federal state. The English, on the other hand, have shown little enthusiasm for a change in their constitution.

So what makes English nationalism "abnormal" not only from a European but also from a Scottish and Welsh perspective? Why is it sometimes cautious, sometimes vulgar and violent - for example, with the soccer hooligans? The explanation is that until recently, England was the last aristocratic society in Europe. Pronounced class identities were her trademark. England was ruled by a "natural" aristocracy - a political class that established its dominance not only by birth but also by education and wealth; an almost mystical amalgamation of the academic and professional elite with the older landed gentry. Until about the 1980s, this class enjoyed the respect of the population. Confidence in the judgment and restraint of this political class enabled the nation to get by without a written constitution. As a result, the once so-called working class was left without adequate civic education.

In England, the respective class identity shaped the national feeling. In other European societies, religion, family and constitution have been the primary source of national Identity.

The plight of the Anglican State Church is symptomatic. It used to be defined by social hierarchies rather than religious dogmas. With the decline of respect for the upper class, the Church of England saw a catastrophic decline in church attendance and membership. The English family also seems fragile. In contrast to France and Italy, it does nothing to counter the trend towards geographical mobility. The British family is more like the American family in terms of their weak cohesiveness and considerable willingness to be mobile.

The lack of a constitution, a state church based on the concept of respect, an informal family structure - all of these led the English national Identity into crisis when it could no longer rely on the solid foundation of class affiliation.

What we now see is the unintended consequence of Thatcherism. Margaret Thatcher's government undermined aristocratic values because her gospel was egalitarian. She preached personal ambition and material success. In the name of the market, it subversively destroyed respect for the aristocracy. It created a society in which wealth was a prerequisite for status rather than the other way around. Margaret Thatcher was a nationalist but did not understand that by disintegrating the aristocratic system of values, ​​she was plunging English Nationalism into a crisis.

On 21 March 2021, the UK census will take place, barely three months after the country has left the EU, asking its citizens the question: "How would you describe your national Identity?"