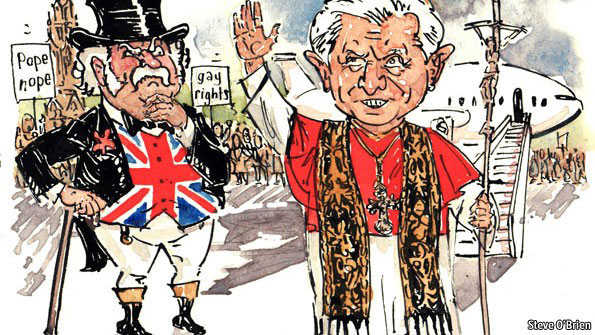 This Blog comes with a Health Warning because it can be seen as controversial!

In six previous Blogs and essays I have attempted to shed light on some of the strange idiosyncrasies of British politics, so strangely at odds with Europe, and its politicians affecting the nation’s attitude towards Europe, Brexit and most recently the Covid-19 crisis. You may find the answer to this conundrum at the end of this essay.

In “Bung a Bob for Big Ben Bong” I asked,  “What is it that makes these two societies so prone to violence, so hateful, so horrifically xenophobic and so divided? Is it the political system?” We remember  that Britain’s Prime Minister Boris Johnson enthused to have “Big Ben Bonging” at 11 pm Greenwich Meantime (our 12 Midnight Central European Time) thus celebrating Britannia’s exit on 31 January 2020 from the European Union, which Anne Widdecombe, former Tory MP and new MEP for the Brexit Party, in an unprecedented hateful rant likened to slave masters. “And it doesn’t matter which language you use - we are going and we are glad to be going. Nous allons. Wir gehen. We’re off!” she spat.

In “BREXIT and the Irish.” I mused how Britain is about to lose the Peace and how a great country is trapped in the history of its own making. A country, whose moral backbone has been the steadfast defence of the realm against the sinister danger of papist subversion and machination, a notion permeating the social fabric since the English Reformation triggered by Henry VIII, is still to date caught up in it. Also the land of Cromwell, a self styled Puritan Moses, selected as one of the ten greatest Britons of all times in a 2002 BBC poll, occupied Ireland passing a series of Penal Laws against Roman Catholics (still a significant minority in England and Scotland but the vast majority in Ireland) and a substantial amount of their land was confiscated.

In “The Road to Brexit” I wrote that somewhere over the Rainbow, the heady mix of Incompetence and Disillusionment with Parliament will make it possible that Pigs will fly in Neverland. To date they haven’t flown.

In “The Royal Prerogative and the Prorogation of Parliament“ I asked “Who yields the real power in the United Kingdom today?” The answer was not very reassuring: The Prime Minister. Which left an important question politely unanswered: What about the Queen?

We gradually edge closer to another controversial but serious subject, which I addressed in “The Docile Kingdom” asking what the concept of Social Class and the British System of Plebiscitary Democracy have to do with the present Covid-19 Crisis in the UK. A very great deal, as it turns out. That the nation has been made docile can no longer be overlooked and that the British system is a kind of plebiscitary democracy conferring near absolute power upon the office holder is a very worrying concept.

In the 14 page essay that followed, “The Past is a Foreign Country: They do Things differently there” I spent a great deal of time detailing my personal experience by trying to collate the facts as they have occurred throughout my 40 years (1969-2009) in the UK, whose impact I considered in retrospect to be far reaching. In it I concluded that the answer to the question I posed right at the beginning of this Blog lies in the distant past and in my opinion most governments since the War, seemed to have ruled over the people, often against the people, prioritising economic and monetarist concerns and concentrating for a long time on the pursuance of World Power Pretence over the many social problems and ills at home still unsolved. When things go bad internally, an external enemy is needed and consequently the enemy was Europe and the European immigrants! The constant, incessant heavy barrage of anti-European and xenophobic propaganda delivered by the big guns of the Murdoch Press and Sky TV and the war like language and jingoism by politicians and media alike began to affect the population. Hatred has replaced what little there was of reason. In the meantime Covid-19 has killed well over 40,000 people in the UK mainly due to the deplorable inefficiency of Boris Johnson and his government but a majority of the population still believes Boris is doing a “good job”. People got used to bad news being delivered as “world beating” good news. It’s safe to say that Britain has been made docile. All they now want is to “get it all done!” Better an end with horror than a horror without end.

Up to now all my essays and Blogs were based on personal experience and profound research. What follows below I have taken from the dissertation of Dr Frauke Geyken, a German historian: “Gentlemen auf Reisen”, “Gentlemen travelling” How the British saw Germany in the 18th century, Campus Verlag, Frankfurt/New York 2002. Born in 1963 she wrote her dissertation in 2000 at the University of Göttingen and thus obtained a PhD. [Any mistakes in the translation are mine.]

My quotes from this book start from page 296:

… the turning point [was] at the end of the Seven Years' War, when “a new understanding of Britishness” became evident.

If you look at the Hanover debate in the 1740s, you can see how strong the British argument is in the pamphlets. This journalistic debate was a catalyst for the development of Britishness, because in the concentrated period of a few years, the departure from Europe was established as a serious alternative to British foreign policy. Authors took the view that whatever happened to Europe, "... if we behave like Britons, we shall, in all Human Probability, hold the Ballance [sic!] of Power in America". Being British meant being for America and against Europe.

But Britishness didn't just have this anti-European component. “Brave Britons, who fought and conquered their gallic foes” were honoured not only for defending Britain's political and economic supremacy, but also for defending the right faith against France, the enemy of Protestantism. Because being British also means being Protestant, and being Protestant also means being anti-Catholic. Even if anti-Catholicism could take very different forms within England and Scotland, the English dissenters and the Scottish Presbyterian abroad were first and foremost all Protestants, who as Britons faced popish superstition not only in France, but also in Catholic Westphalia and in papist Italy.

Of course, first of all, France was the antagonist, with whom English and British self-confidence could develop. But the political and economic, the religious and cultural areas of friction also existed in encounters with other countries. The determination of the coordinates of a United Kingdom by the English, Scots, Welsh and Irish was not necessarily limited to the distancing from Americans, Indians and Africans, as Colley suggests. Every encounter with a Catholic European was an act of self-assurance that, on a small scale, could help design and consolidate an image of Britain at large. Protestantism also means prosperity and political freedom due to economic independence: "Religion and liberty, liberty and trade" were the elements of the positive counter-image that developed in the British viewer's imagination when he went to Cologne, Paderborn or Soest and met with the "Yoke of Popery, Poverty and Slavery”.

Wolfgang Geissler is a Board Member of the Austro-British Society and a Committee Member of the United Kingdom Citizens in Europe.

The opinions expressed in this article are entirely his and reflect in no way the opinions of the ABS or the UKCA.
He has lived and worked for 40 years in the United Kingdom.