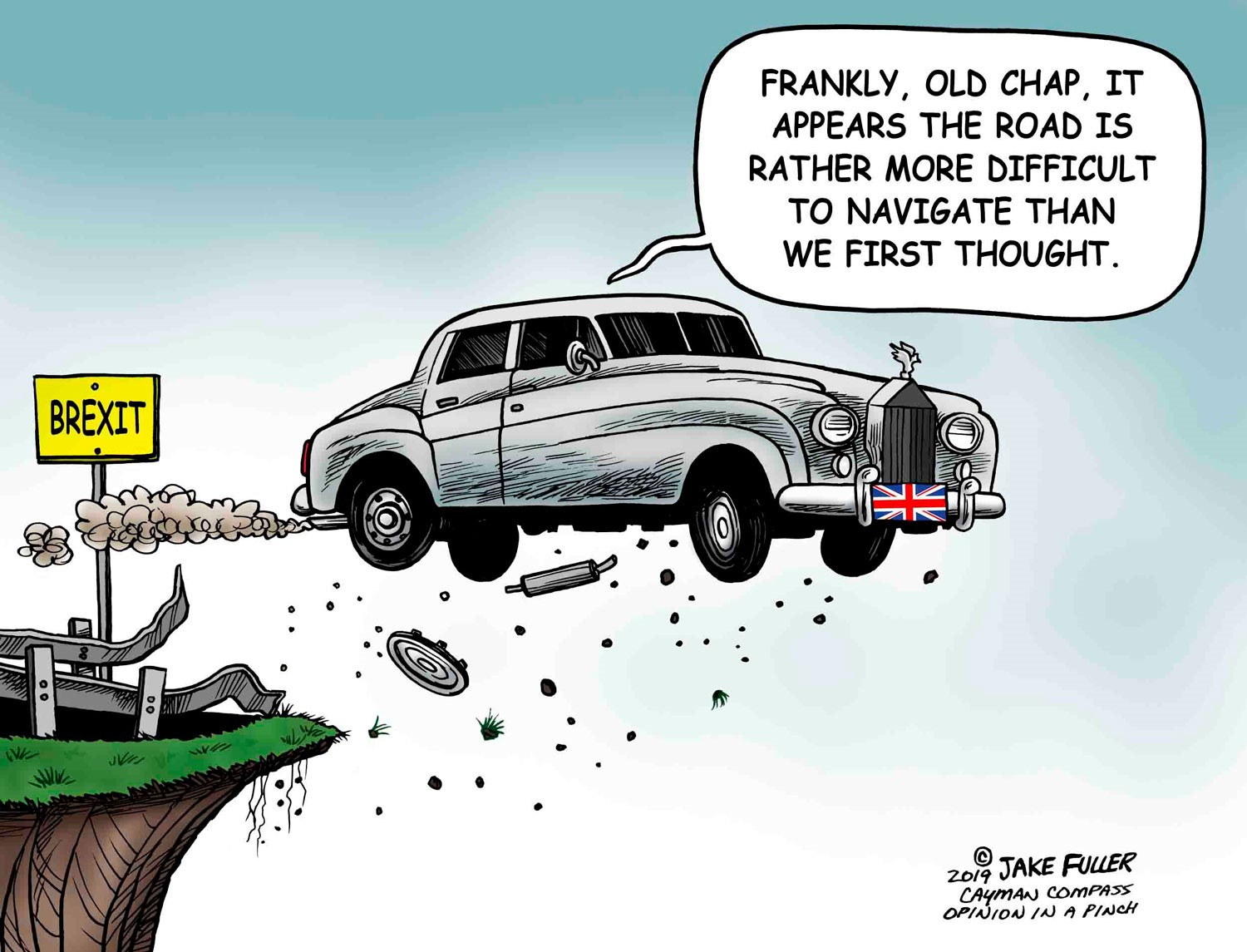 Somewhere over the Rainbow, the heady mix of Incompetence and Disillusionment with Parliament will make it possible that Pigs will fly in Neverland

On that morning, Friday, 6 April 2018 at the venerable “Presseclub Concordia” I felt I was in the wrong movie. Perhaps “The Wizard of Oz” may more accurately describe my emotion with a young Judy Garland singing her dreamy song of “Somewhere over the rainbow” where “dreams that you dream of, dreams really do come true” which I associated with today’s lecture, “The Road to Brexit”, so very eloquently if not terribly convincingly presented by the German born Labour Party politician and former Chair of “Vote Leave” and now Chair of its successor organisation, “Change Britain”, Gisela Stuart.

Her political philosophy may be described in one word, already featuring in the name of her current organisation: Change. The old order will come to an end (Book recommendation by Ms Stuart: Robert Musil “Der Mann ohne Eigenschaften”), re-alignment, the tomorrow will be difficult, things will change. The EU is no good therefore it is only logical for the UK to leave. Everything will be fine in the end. Really?

Sovereignty, gained by the people (a recommendation aimed at the Euro-Zone for deeper integration) and Democracy, seemingly interchangeable, are words and concepts Ms Stuart liked to use often. She had no answer though to a spirited argument presented by my wife, a patriotic Scot, asking where democracy has been, when Scotland, literally at five minutes to twelve, was swayed by three Westminster politicians (David Cameron, Nick Clegg and Ed Miliband. “Who remembers them now?” asked Gisela Stuart. “I do.” replied my wife.) on the eve of the Independence Referendum 2014 to stay in the Union if they wanted to remain in the EU. We know the outcome. Scotland stayed. But now the UK is about (at the time of writing) to depart from the EU. (“Nous allons. Wir gehen. We’re off!” © MEP Anne Widdecombe) Where does it leave Scotland, a Scotland which does not want to leave the European Union, a Scotland that was persuaded to vote against independence so they could remain in the EU, a Scotland that was lied to by English politicians? Where is sovereignty, where is democracy?

Real problems were shrugged off by Ms Stuart with an off-hand question to the audience whether half of Vienna has sleepless nights over Northern Ireland and Gibraltar. Well no, but it does not mean that there will be no problems. For her the possibility that Sinn Féin may one day be in the Westminster parliament makes her break out in a cold sweat in the middle of the night. I am glad, something does.

And who does still remember Julia Lopez?

Not even a year later, on Friday, 19 March 2019 at the Bel-Etage, Café Landtmann, I listened with growing disbelief to Julia Lopez, Conservative MP. Mrs Lopez’ lecture, “BREXIT: A View from Inside the House of Commons", read at a breathtaking velocity, left me dizzy in my attempt to keep up with her. She presented the audience with the picture of the plucky Brit shouting “Freedom”, freedom from the shackles of the European bullies whose mentality is so alien to that of the “transactual” Briton, whatever “transactual” means. Her narrative was laced with wishful thinking and alternative facts about this wobbly construct known as the European Union, which makes it so much more desirable to leave before it all goes belly-up. (“Nous allons. Wir gehen. We’re off!” © MEP Anne Widdecombe).

It’s about getting back control, you know. We heard a lot about the democratic will of the people, the voter’s disillusionment with parliament and the sad fact that neither parliament nor the government has any idea what they really want. The word “incompetence” was mentioned by which she probably means her own government and she confessed that the UK has lost the knack over the last 40 years for negotiating trade-deals. She should know, after all Mrs Lopez is a member of the International Trade Committee.

But don’t fret if you can’t remember Julia Lopez or Gisela Stuart. More important is that you remember Sajid Javid, UK chancellor. In an interview with the Financial Times recently he said: “There will not be alignment, we will not be a rule taker, we will not be in the single market and we will not be in the customs union – and we will do this by the end of the year.” Javid said the Treasury would not lend support to manufacturers that favour EU rules as the sector had had three years to prepare for Britain’s transition. “They have known since 2016 that we are leaving the EU”, he said.

Brace yourself: the next phase of Brexit is going to get messy!