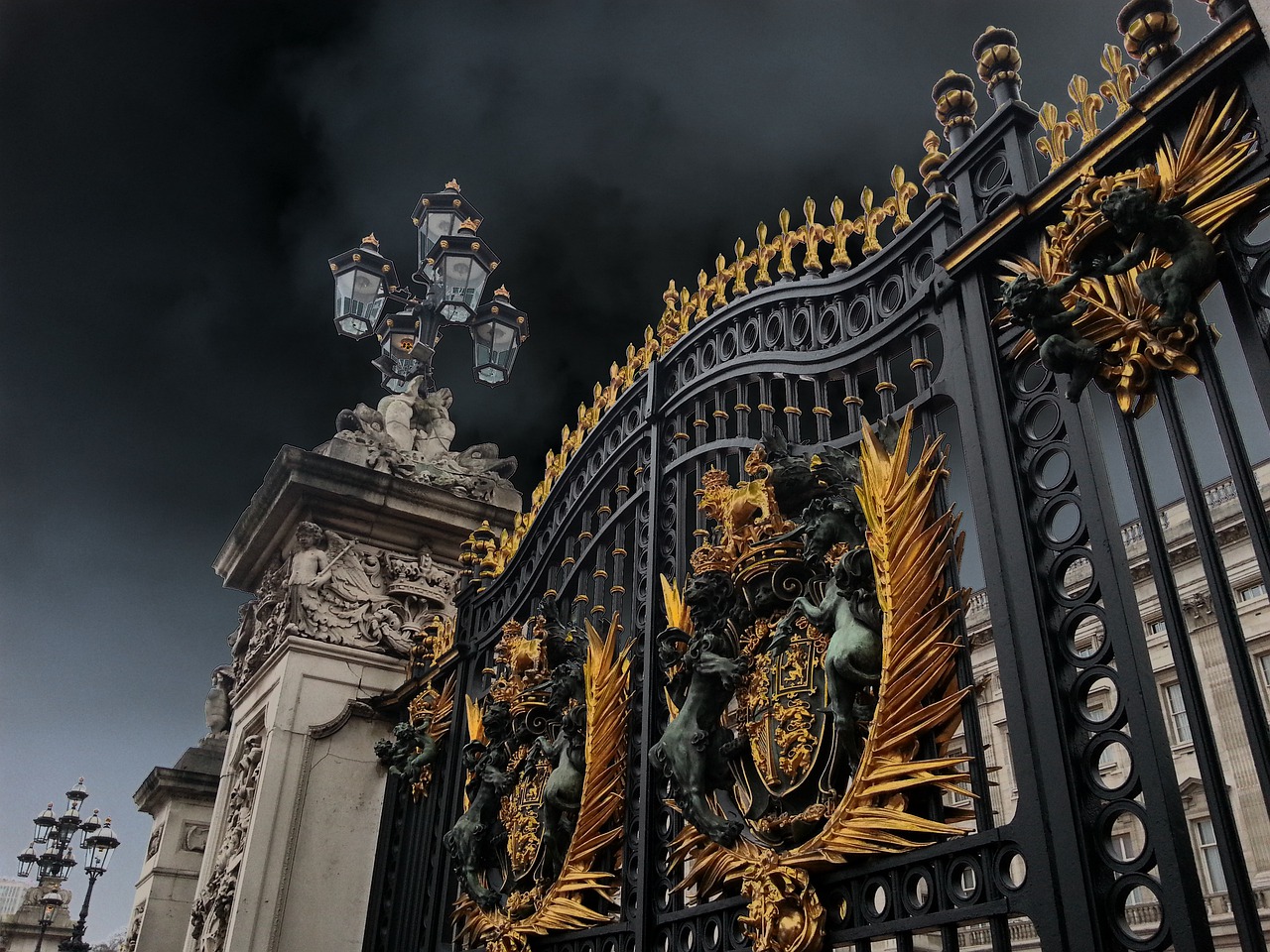 Its status and actual challenges

by Colin A. Munro

The United Kingdom of Great Britain and Northern Ireland (UK) is a constitutional monarchy, without a written constitution.

Queen Elisabeth has been on the throne since 1952. The first Elisabeth, Queen of England and Ireland, was succeeded by the son of Mary, Queen of Scots. James VI of Scotland since 1572, he now styled himself King James I of Great Britain and Ireland. Scotland and England remained separate states until the union of the parliaments in 1707. Scotland retained separate legal and education systems and its national church. The present Queen has chosen to reign as Queen Elisabeth II. She is the sovereign, not only of the UK, but also of 15 other Commonwealth realms, including Australia, Canada, and New Zealand.

The UK is also a parliamentary democracy, with separation of powers between the executive, legislative, and legal branches of the state. However, as a democratic state, the UK has unique features. The House of Lords contains:

Members of the House of Commons represent constituencies, elected according to a First Past the Post system. The power of the House of Lords to block legislation approved by a majority in the House of Commons, is very limited. The "sovereignty" of parliament means that the supreme court does not have the power, common in countries with a written constitution, to throw out laws passed by parliament.

The sovereign, advised by a Privy Council consisting of present and former members of both Houses of Parliament:

In practice the Queen exercises her "royal prerogative" on the advice of the Prime Minster, who effectively wields sovereign power, exceptional in a democracy, so long as he/she commands a majority in the House of Commons.

Since 1999 this centralised unitary state has had "devolved" legislatures in Belfast (1922-72, replaced by direct rule during the "Troubles"), Cardiff and Edinburgh. Westminster does not, by convention, "normally" legislate on devolved subjects such as agriculture. But powers devolved can be returned to Westminster. Powers "repatriated" from Brussels after Brexit have been returned to Westminster first, leading to disputes with the SNP authorities in Edinburgh.

After the Brexit referendum the government asserted that, through exercise of the royal prerogative, it could proceed with withdrawal from the EU according to Article 50 of the Lisbon Treaty without consulting parliament. The result of a consultative referendum was interpreted by the government as an "instruction" from the British people. In the event, and after court proceedings, parliament did authorize the Prime Minister to trigger Article 50 in March 2017.

The royal prerogative came under a political spotlight again in 2019 when the (PM)Prime Minister (Johnson) sought to shorten the time available for parliamentary scrutiny of Brexit legislation by advising the Queen to prorogue parliament. Parliament had voted to prevent the UK leaving the EU without agreement. Proroguing was challenged in the English, Northern Irish, and Scottish courts. The English and Northern Irish courts found that the PM was within his rights. The Scottish court did not. In an unprecedented judgement, 11 justices of the Supreme Court, agreed with the Scottish court. The PM/government, through the Privy Council, had sought to prevent parliament doing its job, a violation of the UK's democracy. The Queen's decision was null and void.

Lady Hale quoted a decision of 1611: the king hath no prerogative but that which the law of the land alloweth. And more recently, the late Lord Bingham: the conduct of government and Cabinet collectively responsible and accountable to parliament lies at the heart of Westminster democracy.
Brexit has thus exposed serious flaws in the UK's version of constitutional monarchy and parliamentary democracy. In two cases these were corrected by the legal branch of the state. The Supreme Court issued a constitutional judgement. But the government is now planning to curtail the power of the courts, strengthening the sovereign power of the Prime Minister. What could, or should the monarch do?

Constitutional monarchy can be an excellent form of government. Sweden, Denmark, Norway and the Netherlands are examples. The now disgraced former king rescued Spain from fascism. But in all these cases the precise powers and duties of the monarch are prescribed by constitutions. The present king of Thailand (also a constitutional monarch) lives in Germany, like a disreputable Hanoverian such as George IV (1820-30), protected by ferocious laws that prescribe severe penalties for even the slightest criticism. George was succeeded by his brother (William, 1830-37) who had 10 illegitimate children by an actress with whom he cohabited for 20 years. Victoria restored the tarnished reputation of the monarchy. If the future of the monarchy was in doubt when she ascended the throne in 1837, it was not when she died, as Empress of India, in 1901.

Queen Victoria, an exemplary monarch, reigned over a mighty empire. QEII is widely respected throughout the Commonwealth, including in countries where she is not head of state. Through her devotion to the Commonwealth, she has cushioned her subjects in the UK to the reality of lost power and empire. She is a living link with the heroic days of WW2, epitomizing the Dunkirk/blitz spirit, like the late Dame Vera Lynn, whom she mentioned during a broadcast on the pandemic. This broadcast was indeed constitutional monarchy at its best. She has also modernized the monarchy, shedding light on her family, while retaining the British talent for magnificent pageantry. The Royal family soap opera has had mixed results. The whole cult status of Diana, is grossly overblown. But the peccadilloes of her family pale in comparison with the outrageous behaviour of George IV, whose secret marriage to a Roman Catholic was illegal. The divorced heir to the throne is married to a Roman Catholic divorcee.

Overall, as the historian, Linda Colley puts it, the monarchy nowadays stages nice and pretty events, providing a glamorous mirror to popular emotions. QEII has no known interest in high culture such as opera, or in ideas. Her interest in dogs, horses and country pursuits connect her to "real" people. Although her subjects do not know what she really thinks about the issues of the day, the chauvinist media are certain that she is for Brexit and against Scottish independence. She advised Scots to "think carefully" before the referendum in 2014.

QEII remains an exemplary monarch. She is not the problem. The proroguing of parliament was even more astounding than the plan to invoke Article 50, without consulting parliament. These moves exposed a monarch unwilling or unable to make use of her powers. What advice did she receive from her Privy Council? What are the powers of the monarch? The government's plans to curb the power of the judiciary, are dangerous, indicating an intention to erode the principle of separation of powers. The Queen will not obstruct such legislation. The UK is on a downward, slippery slope. That is the problem.

The British version of constitutional monarchy, needs root and branch reform, including defining the role of the monarch. If Canada, Australia, and New Zealand become republics; if Charles starts interfering in politics; if Scotland becomes independent, and if Brexit propels the economy downwards, there may be reform. But that is many ifs. For the time being, the popular media will continue to use the monarchy to boost anti-EU sentiment (Sun headline: The Queen supports Brexit) with bread and circuses, reinforcing Boris Johnson's ridiculous boosterism, and indeed his lies. The death of democracy starts with lies, as explained in Anne Applebaum's book, published in 2020, Twilight of Democracy, The Failure of Politics and the Parting of Friends.

Colin A. Munro is a Board Member of the Austro-British Society and is a UK native. He attended the George Watson’s College and the Edinburgh University and joined HM Diplomatic Service in 1969. During his career he held numerous positions in Berlin, Kuala Lumpur, Bucharest, Frankfurt, Zagreb and served as the Private Secretary to the Minister of State responsible for Central and Eastern Europe. His last posting in HM Diplomatic Service was as Ambassador to the OSCE. He chairs the UK Citizens in Austria and in the ABS he is also a member of the Expert Council.

The opinions expressed in this article are entirely his and reflect in no way the opinions of the ABS.