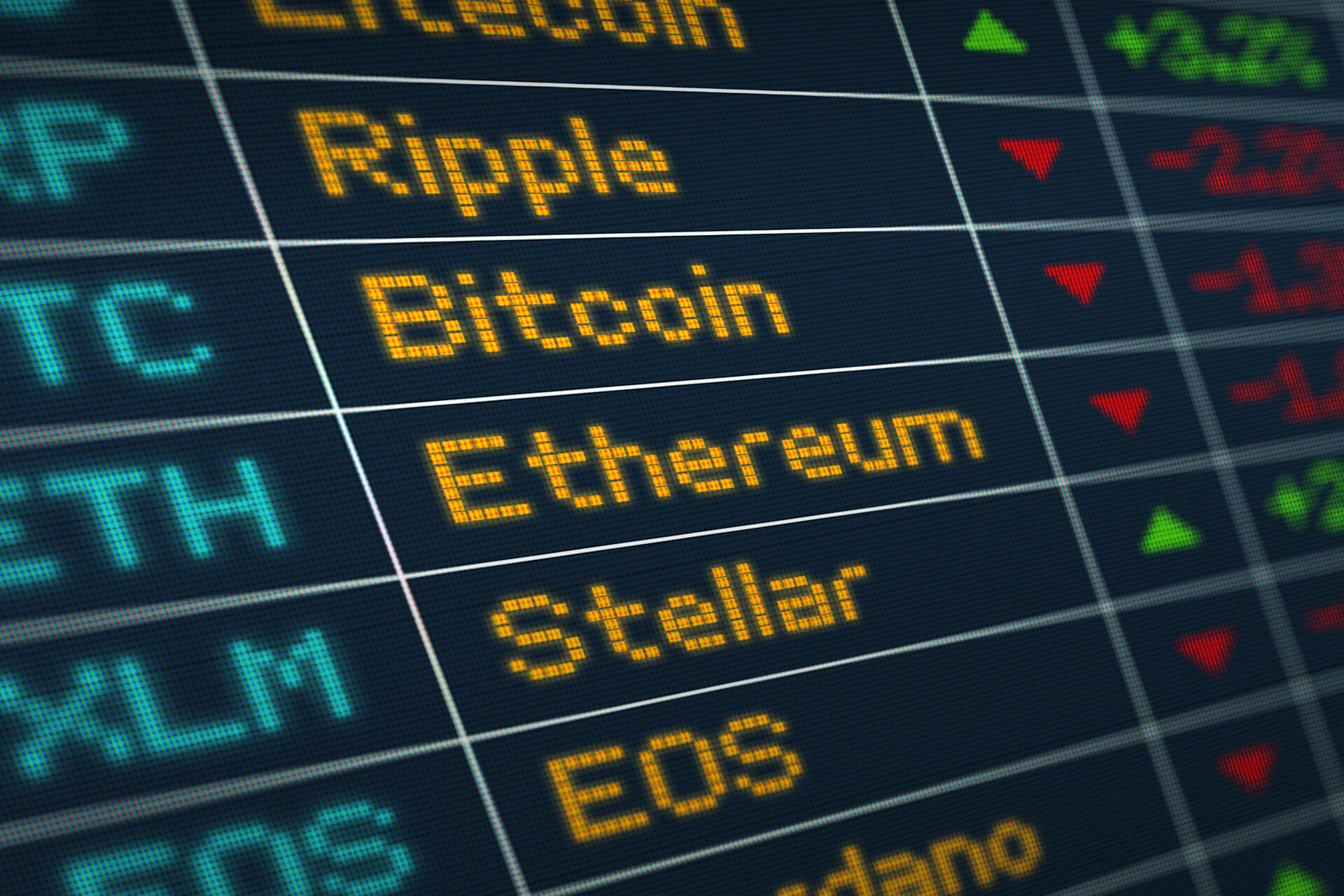 Private currencies have existed for a long time. Driven by the wish of a small circle of people for exclusivity (= to belong to a select circle), for a mutually shared trust and for a simple method of operation, their roots can be traced back 60 years and more. In the 1950's the UK Co-op (a lower price range general supermarket) issued customers with Co-op coins, which represented a loyalty bonus and were only usable in Co-op stores. This arrangement – a simple forerunner of today's more complex, wide-ranging customer loyalty schemes such as the Jö scheme run by the Rewe group – shared the above characteristics of exclusivity (it was available only to Co-op shoppers), a mutually felt trust (the beneficiaries were "in it together") , and simplicity of operation (coins were easy to earn, their value was straightforward to assess and it was easy to spend them).

Over time, the loyalty schemes became more complex. As the complexity increased, two additional features were seen as necessary: strong and reliable, state-of-the-art IT-based systems to support their operation and a wealth of information made available to all participants. Today's Jö-card holders get a statement of their loyalty points printed on the bottom of every till slip and are regular recipients of flyers and emails detailing special offers, promotions etc. which information is available to all cardholders.

Business projects/ventures using cryptocurrencies evince very much the same characteristics. A group of select individuals with a common goal and who trust each other enough to go into business together set up a framework to run a project or venture.

To keep the project running, and – crucially – to compensate for the lack of visibility afforded by the use of a conventional currency as well as to guard against manipulation, a wealth of information is shared among all participants. Data integrity is ensured by strong IT systems handling information in blocks with each block of information locking on to the previous one (the "blockchain"), the security and efficiency of these systems being regularly upgraded .

Although the similarities pointed out above between loyalty schemes and those using cryptocurrencies are obvious, the differences should not be overlooked. Most importantly, a loyalty bonus represents a right to collect a specified financìal benefit, which has not yet been paid out and which therefore has to be financed by the donor – in other words an equity back-up is needed . A cryptocurrency on the other hand represents equity in itself.

Why have cryptocurrencies become so popular?

Efficiency and flexibility (think of an obvious area like supply chain management), coupled with the discretion which we all like to accompany our financial affairs spring to mind as reasons. But there are other, equally important factors.

Cryptocurrencies are a method of financing business ventures at a time when finding traditional financing is becoming difficult in many jurisdictions. Data protection rules, measures to counter money-laundering, restrictive financial targets (GDP, Indebtedness, bank stress-tests and other factors such as risk aversion on the part of lenders) have led to problems in raising and moving finance quickly. Nervousness about the impact on traditional currencies like the US-$ and € of the huge increase in the supply of those currencies to support national economies during the Covid19 crisis also play a part. In contrast, the supply of cryptocurrencies can be – and is (think of Bitcoin) restricted. Regions such as the Middle East and Asiapac are increasingly turning to cryptocurrencies to overcome the above difficulties. The increase in market capitalisation of cryptocurrencies over the last three months (from $460bn to over $1,000bn) is a measure of the level of interest. Could there be a post-Brexit opportunity here for the many brilliant financial brains in the City of London?

What about the downsides?

The lack of formalities and the secrecy outside the circle of participants has led to schemes using cryptocurrencies being associated with illegal and/or cloak-and-dagger type operations. (How about, for example, a scheme to get round the Iran sanctions? Doubtless something could be set up!). Is there something in this view of cryptocurrencies? Yes, no doubt. It needs though to be remembered that criminal intentions can be found in many business activities – but this is more about human intentions than about a currency.

What about the business opportunities?

Offsetting the negative taste of the previous paragraph are the business opportunities afforded by data capture, storage and availability. A project like SoccerCoin – being pursued by leading football clubs – enables data to be shared to mutual benefit among fans, the clubs themselves, their sponsors, merchandisers, charity project managers and others. Fans pay for entry to the stadium and anything else they buy in the stadium via a cryptocurrency account which they hold (and which is pegged to the national currency). This data enables areas like fan identification, crowd control, behaviour inside and outside the stadium, merchandising, financing of charity projects (by a small contribution from each gate receipt) and other related business opportunities to be managed using one central set of data. A bit of imagination and other possible projects spring to mind.

Of course, there are – there are in any business venture. Value volatility is an obvious one: think of the fluctuations in Bitcoin over the last weeks. Not all cryptocurrencies float though. There are also risks to using conventional currencies – billions were lost in the last global financial crisis. Furthermore, conventional money loses its value over time through inflation. The other obvious drawback to cryptocurrencies is their very secrecy – this lack of visibility makes it hard to police nefarious activities.

But, like'em or hate'em, cryptocurrencies are here to stay. Wikipedia lists several dozen of them and many more will be initiated soon. A big shot in the arm has been provided by PayPal intending to allow customers to pay by Bitcoin. The impact of this will be interesting, as it provides a crossover point from a virtual currency to a conventional one. Watch that space!

So: Curse or Blessing?

Both. Efficient business finance on the one hand, the possibility for illegal activities on the other. Secrecy enabling concealment, data collection enabling revealment (Soccercoin). Exposure to currency fluctuations - which can lead to gains as well as losses. We have a mixed bag.
Maybe cryptocurrencies should be seen like the Ring in Wagner's epic – a symbol of underlying purpose, an enabler which can be used for good (Brünnhilde) or bad (Alberich). Perhaps it all comes down to human nature?

Ian Murdoch is a Board Member of the Austro-British Society and is a UK native. He worked for a number of international companies and corporations in the financial and professional business consulting sector and finished his career as a Senior Director of pwc-Price Waterhouse Cooper in Vienna two years ago. The opinions expressed in this article are entirely his and reflect in no way the opinions of the ABS.

0 #6 RE: Crypto currencies — Shogun — Jochen Ressel 2021-02-19 21:11
CBDC is the attempt to hop on the already fast moving train. the central banks see more and more that they can't avoid digital currencies, after years of doing the utmost to block them. Now they try to catch up and they see an option with this tool to get out of the KYC/AML over-regulation of which economies suffer from, as they are running out of fresh money from big investment firms, which go to where its the easiest... Money is like electricity: It tkes the path of least resistance. Central banks learned that now...
Zitieren
0 #5 RE: Crypto currencies — Shogun 2021-02-19 17:16
Compared with decentralized cryptocurrencie s such as Bitcoin, China’s “cryptocurrency ” is an altogether different digital asset type: a central bank digital currency, or CBDC for short. One way for the state to take control which could rattle the neo-libs.
Zitieren
0 #4 Re to Shogun's comment — Jochen Ressel 2021-02-19 09:37
zitiere Shogun:

...cryptocurrencies as the sinister attempt to abolish cash, which according to them leads straight into serfdom and total control by the state?

Dear Shogun, the total control of the state is with crypto not existing - thats the point. It combines cashless and no control of the state, as the cryptomarket do not need a third party who hosts the data, as the entire group of users own the (not accessable) history of transactions hence the account balance. Crypto exchanges nor any issuer of a digital currency actually "making" a transaction.. its just the users between each other. More about that, google the binance- or bitpanda academy.
Zitieren
0 #3 The Brits and their assumption of risk in Crypto — Jochen Ressel 2021-02-19 09:33
This is a quite interesting article how the British perceive Crypto and its risk in comparison to the stock market. Enjoy reading! https://cointelegraph.com/news/poll-finds-four-in-10-brits-believe-the-stock-market-is-as-risky-as-crypto?utm_source=Telegram&utm_medium=social
Zitieren
0 #2 No Curse, No Blessing — Ekaterina Yaneva 2021-02-18 18:38
What a challenging discussion: curse or blessing?
Although back in 1996 e-gold was the first digital currency introduced to the world, the birth of the crypto currency dates with the announcement of Bitcoin in late 2008. Through the years there were a lot of speculations about the true value, benefits or possible negative impact of the crypto currency. It's just a bit early to give a serious answer and be able to evaluate.
The history will tell the next generations its story and determine the success or the failure of the crypto currency.
Best regards, E.Yaneva
Zitieren
0 #1 RE: Crypto currencies — Shogun 2021-02-16 12:55
What a fascinating article!

But here is the paradox: Why do right-wing neo-liberals worship the "market" and its "invisible hand" bedevil at the same time cryptocurrencie s as the sinister attempt to abolish cash, which according to them leads straight into serfdom and total control by the state?
Zitieren
Kommentarliste aktualisieren
Alle Kommentare dieses Beitrages als RSS-Feed.