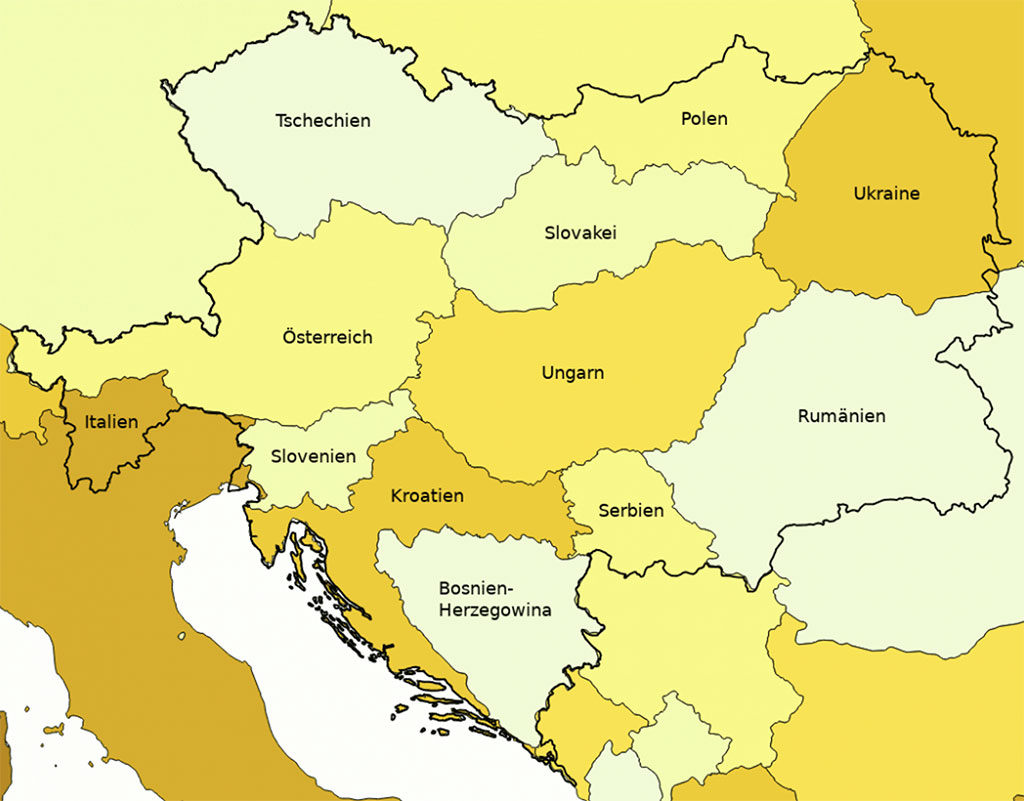 Thinking about the role of Austria in Europe

To which culture does Jacob Christoph Rad belong, who was born in Switzerland, grew up in Galicia, lived in Vienna and, as a factory director, invented the sugar lump in Moravia?

By Emil Brix
Honorary President of the Austro-British Society.

In Central Europe, one of the conditions for creativity and innovation is the willingness and opportunity to easily cross borders, especially those between cultural and ethnic communities. Austria is also shaped by the tradition of the complicated coexistence of different ethnic groups without the post-romantic call for a national "leading culture", the linguistic diversity, the self-perception of being able to transform plurality and contradictions into consensus. But does the current Austrian integration policy differ from the assimilation practices of Europe in the 19th century? What is the difference between the migration crisis in 2015 and the Covid 19 crisis in 2020, the Schengen internal borders between Austria and its EU neighbours and the Habsburg external borders of the 19th century? Politics, even in its democratic forms, does not tolerate ambivalences. It is easier to understand the Central European culture than Central European politics. Due to its image of itself and others as a "nation of culture", Austria has the chance to credibly advocate a more robust substantiation of the European idea on its cultural processes. Austria also needs a political perspective that corresponds to its old and new central position in Europe. Just as the European Union, in its search for an independent role, always runs the risk of being viewed by the USA and Russia or China as too divided, it is also true of Austrian foreign policy that it has not yet succeeded sufficiently to identify opportunities for cooperation with closer neighbours in Europe. The risk of a foreign policy as a "bridge builder" between western EU states and those member states that were communist-ruled and dominated by the Soviet Union until thirty years ago was evident. Austria is under observation by the liberal western media and politicians convinced that developments in Central Europe that are questionable in terms of democratic politics could only be prevented by building up more "pressure" on states like Hungary and Poland. The former "Eastern Bloc countries" on our borders are perceived as ungrateful children who have consumed the EU and NATO's benefits, but whose national populist governments do not want to take the principles of the rule of law in a democracy too seriously. One should stress that from an Austrian point of view we should not make the mistake of Western European arrogance. The idea of "second class" EU member states must not take hold for it could damage the European project, because currently justified criticism of the violation of the rule of law is often expressed in a schoolmasterly fashion and follows traditional patterns that the East must be civilised. Due to its historical, cultural and geographic location, Austria has to act against any tendency to marginalise these EU states and the narrative of a so-called "Eastern Europe". In this sense, Austria's role can also be seen in pointing to existing inequalities in structure and practice within the EU.

Austria's perspectives lie in the continued commitment to the European integration of all states of the Western Balkans, in proposing a reform of the European Union that make this Union “capable of being a global power” without resorting to a definition only in terms of external enemies and finally in a dialogue with every single one of our partners in the European Union on how sovereignty and power can be distributed in such a way that a common understanding of democracy across the continent is possible.

Dr Emil Brix is a diplomat and historian.
Since 1982 in the diplomatic service of the Republic of Austria.
Consul General in Cracow, Director of the Austrian
Cultural institute in London. Austrian ambassador in
London. Ambassador of the Republic of Austria in Moscow.
Deputy Chairman of the Institute for the
Danube region and Central Europe.
Since 2017 director of the Diplomatic Academy.
The opinions expressed in this article reflect in no way the views of the ABS.

.The Austrian Monarchy was, no, is the essence of Central Europe because where else but in Austria can you formulate this question: TO WHICH CULTURE DOES JACOB CHRISTOPH RAD BELONG, WHO WAS BORN IN SWITZERLAND, GREW UP IN GALICIA, LIVED IN VIENNA AND, AS A FACTORY DIRECTOR, INVENTED THE SUGAR LUMP IN MORAVIA?
Zitieren
Kommentarliste aktualisieren
Alle Kommentare dieses Beitrages als RSS-Feed.