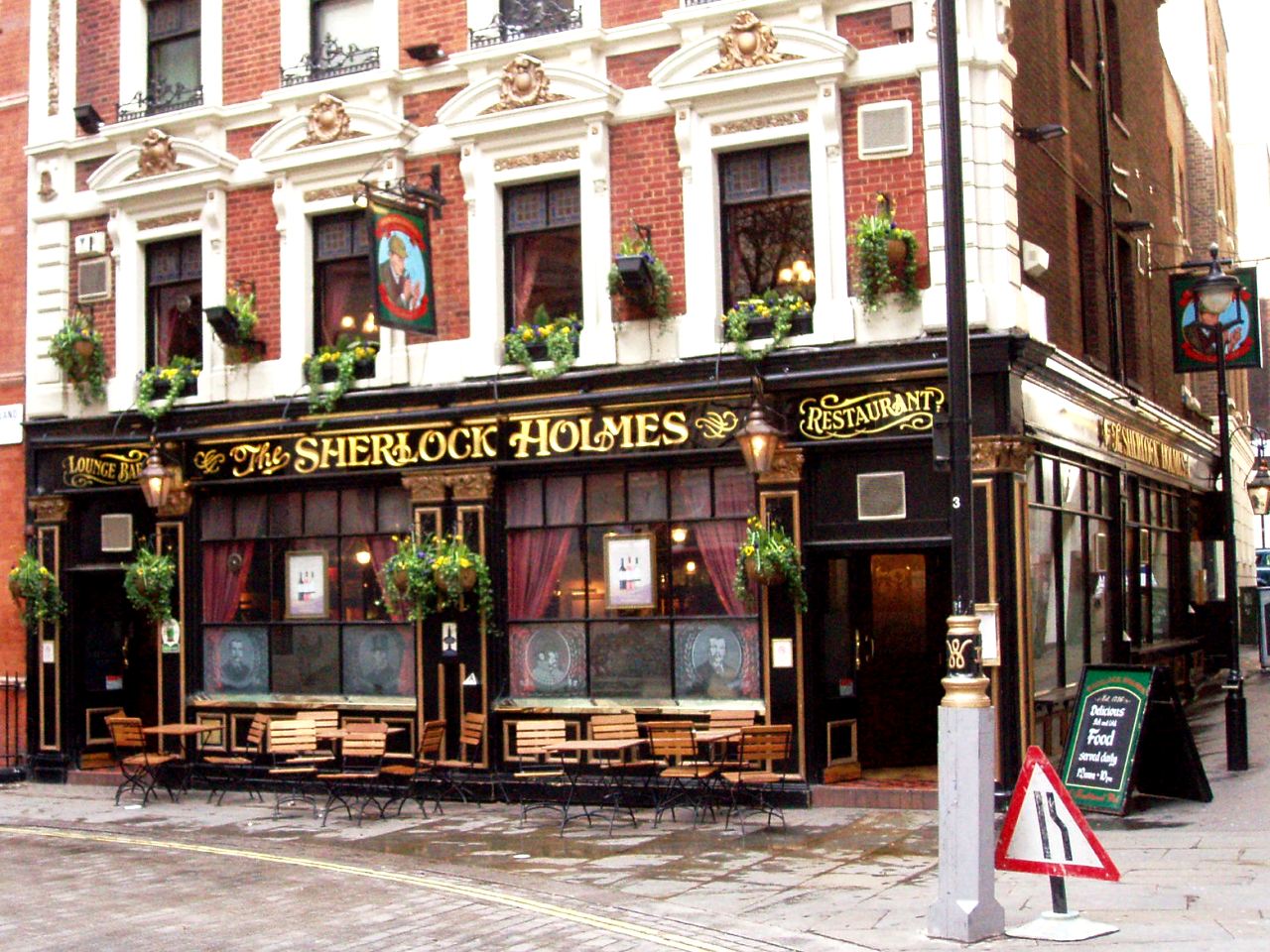 The Pub and the Bug

Fyfe Robertson - a BBC TV Reporter in the 1960's - remarked in his "Search for the Perfect Pint" that it was not just the quality of the beer that mattered, but where you drank it and who you drank it with. The success of pubs in meeting these challenges is evidenced by the way in which they have become a central feature of the British way of life.

Pubs go back a long way. Although they mainly acquired their present form in the 19th Century, the oldest of them claim to have been in existence for a thousand years or more. They come in many shapes and sizes, from the simple watering-holes where factory workers meet with friends for a drink after work to the many restaurant-type establishments frequented by zoot-suited city slickers discussing deals in the City's Square Mile. There is no social stigma attached to visiting a pub.
Pubs are to be found not just in towns, cities and villages, but also – in the tradition of the Wayside Inn for travellers – on traffic-laden roads between them, by waterways, bus terminuses and railway stations. Most offer food, ranging from the basic crisps and peanuts available in the simplest pubs, through sandwiches and fairly limited hot food (often not a wide choice but always plentiful and inexpensive) through to pubs which have flipped their business from being a pub with a restaurant attached to a restaurant with an attached bar.

Irrespective of their type, all pubs have a relatively large bar area, where customers order, collect and pay for their drinks. In a pub, the action centres on the bar.

Particularly at peak times there will be many customers around the bar either standing in groups or perched on bar stools. At such times there are likely to be many more patrons than available seats. Indeed it is quite common, for example in the West End of London, to see a small crowd spilling out on to the pavements. There are minimal formalities to observe in pubs – a free-and-easy attitude is one of the recipes of their success.

A free-and-easy attitude: aye, there's the rub... overcrowded premises, customers standing close together in groups round the bar, talking loudly so as to be heard above the general hubbub, no masks - inevitably pubs were quickly seen as potential superspreader locations across the country and across all sections of society. Action was taken and is continuing. Pubs have been hit hard. In England for example, the Tier 1 restrictions permit only table service (no more activity around the bar) , Tier 2 restrictions allow only those pubs classified as restaurants to operate and under Tier 3 regulations all pubs have to remain closed. The traditional pub life is gone for the time being.

Will pubs survive the Bug? Yes, they will. They survived the drink-and-drive laws and the advent of the breathalyzers. They will outlast the Bug. But when will pubs be able not only to re-open but to get back to business as usual? What restrictions will continue to apply? We will have to wait and see. Whatever restrictions may apply after the 3-tier regulations expire, it will be a challenge to accommodate the hitherto free-and-easy pub way of life within them. This could be the most difficult challenge of all!

Pubs allow their patrons to meet, socialise, discuss, argue, take part in activities (darts, billiards, pub quizzes, football match broadcasts and others) and to hold centre stage. Dear Pubs, please do everything you can to be able to resume business as usual as soon as you can! You are an essential part of society: The British way of life needs you!

Let us have your thoughts and Pub experiences. We are looking forward to receiving your comments!


Ian Murdoch is a Board Member of the Austro-British Society and is a UK native. He worked for a number of international companies and corporations and finished his career as a Senior Director of pwc-Price Waterhouse Cooper in Vienna two years ago. The opinions expressed in this article are entirely his and reflect in no way the opinions of the ABS.

0 #5 Pub Crawl — Vorstand 2021-01-08 22:17
You can never copy the real "English" pub outside the UK. Firstly the unique atmosphere crowding in on the bar, countless wet elbows were a reminder. People were truly crowded into the pub, and the usual elegant carpet was the habitual big ashtray during the days when smoking was still allowed. Finally, without any music, the noise level was enormous because you could only communicate yelling. The last order ritual was for a newcomer like me an ordeal since usually I had about 3 pints of beer to finish in around 10 minutes. The "rounds" system was unknown to me and extremely dangerous for us Europeans accustomed to drinking slower than the average Brit, By the time the police came into the pub to clear it, I usually had reached the point of no return. It emptied itself in front of the pub.
Zitieren
0 #4 Pub Crawl — Vorstand 2021-01-08 12:18
In connection with the excellent Blog about Pubs, I wonder whether anyone ever went on the fabled pub crawl along Rose Street in Edinburgh during the 60s? I did and still wondered how I survived it. The problem is, I don't really remember!
Zitieren
+1 #3 Pub crawl — Llewellyn-Davies 2021-01-07 11:43
What would life be without a after work drinks with colleagues, the liquid lunch or the stag night. A pre match drink, a pre lunch or pre dinner snifter, all gone.

What about a pub crawl? Instead of just one pub, one drink per pub. Our record was 18 pubs in one evening. That was on a Friday evening and albeit in West London, not in the countryside

Zitieren
0 #2 RE to Eva Vaskovich-Fidel s — Jo Ressel 2020-12-22 13:35
Very true! English lifestyle without pubs is unthinkable and incomplete and I share the view: the pubs will for sure survive. As on the continent, many of the traditional pubs as well as restaurants might not survive financially, but I'm sure that there is enough entrepreneurial spirit in our society and economics to overcome this crisis. Another paint, please!
Zitieren
+1 #1 Wonderful mental excursion to GB — Eva Vaskovich-Fidels 2020-12-21 23:44
IWhen reading these lines lovely memories of hours spent in pubs have come up- the King`s and Queen`s in Brighton decades ago, spending hours and days there instead of attending the language course..., but obviously that was not not the only one. I just love this wonderful institution.Yes , there is hope. Pubs have survived so many crises, they must survive this one as well. Maybe the original atmosphere will suffer for a while due to restrictions ( the already known ones- distance, table service etc) after reopening, maybe we will have to accept compromises- however,as far as I am concerned- I would be ready to compromise rather than not being able to enjoy that unique atmosophere at all.
"Last orders" for the day only and not for good.
.
Zitieren
Kommentarliste aktualisieren
Alle Kommentare dieses Beitrages als RSS-Feed.