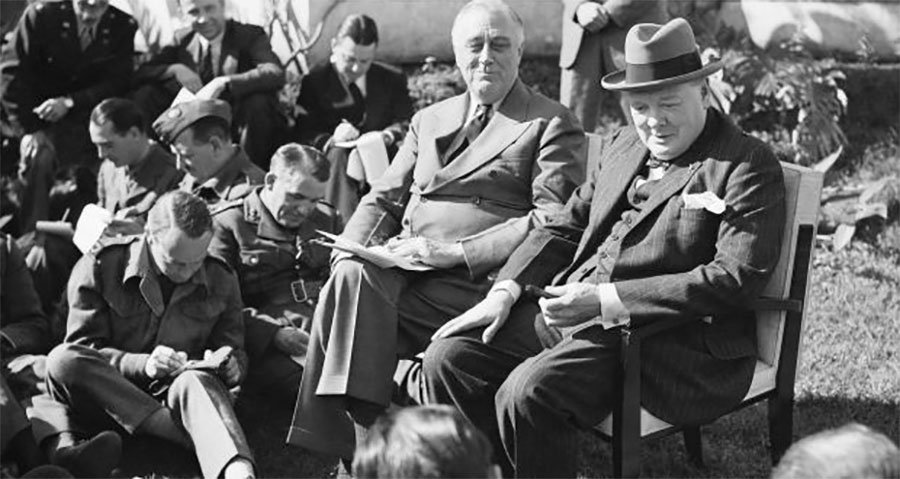 In preparation for the D Day landings in the Second World War many US troops were stationed in the UK in places like the West of England.

They arrived after long journeys by boat and often were to receive a mixed reception by the locals. For sure their presence was welcome after all Britain had been struggling alone against Hitlerite Germany for long but nonetheless our American cousins appeared rather strange and slightly on the arrogant side. In turn they viewed the “natives” as rather quaint but a bit offhand. As Ken Wakefield who has written about these days remarked many of the “Yanks” were under the impression they were there to win the war for the Brits (perhaps not so far off the mark). The resentment was often expressed in the phrase describing the GIs as “over-paid, over-sexed and over here”. Indeed they earned far more than the average British soldier and were popular with young girls. Many however were astonished that the GIs carried their rifles all wrong, had funny uniforms and pink trousers. They lounged around chewing gum with their hands in pockets, an absolute No Go for a well brought up Brit. In order to bridge the obvious culture gap the Yanks were issued with a handbook, “A short guide to Britain”. There were often joint parades in Bristol on US Independence day and other celebrations where the British marched together with the Americans.

But the GIs gradually endeared themselves to most in the South West of England. Many of them stationed at Clifton College Bristol, after students had been evacuated, were completely mystified by the game of cricket (as many doubtless still are). Baseball became a bit of an adventure for many children who found the GIs generous with candy and goodies. Along with the troops came the equipment which took up space on agricultural land to the annoyance of farmers. The large trucks with a caution sign reading “Left Hand Drive, No Signals” also were an object of wonder. There was some tension apparently amongst the troops themselves. Many of them black who were not allowed to visit the clubs and recreation places reserved for the white GIs. A few skirmishes were recorded in Bristol, a city at that time where blacks were rarely seen.

This operation was the prelude to the D Day and the troops left for a more serious mission namely for Utah Beach, Normandy amongst others.The ties forged between the US and the UK have remained over time despite a few hiccups and will persist in the future.Hopefully military action by the US will not be necessary in the future and any possible UK support would not in any case be unconditional, nor has it been in the past. It would depend on circumstance, justification and evidence. Since Iraq the British have lost appetite for such interventions. In any case it would be expected that a Prime Minister would seek the OK from Parliament and this is by no means given. Close cooperation however will remain in the fields of cyber security and counter-terrorism. For more see the article by Dr Melanie Sully, “D.C. und London: not so special” in Die Presse, 6.11. 2020 https://www.diepresse.com/5893128/dc-und-london-not-so-special?fbclid=IwAR02AJazQPRSqXdgWVDTVVDFRoln4ZJPvzl1hHn99lNYRybTcCNlLmHf0cA

Melanie Sully is a Board Member of the Austro-British Society The opinions expressed in this article are entirely his and reflect in no way the opinions of the ABS.