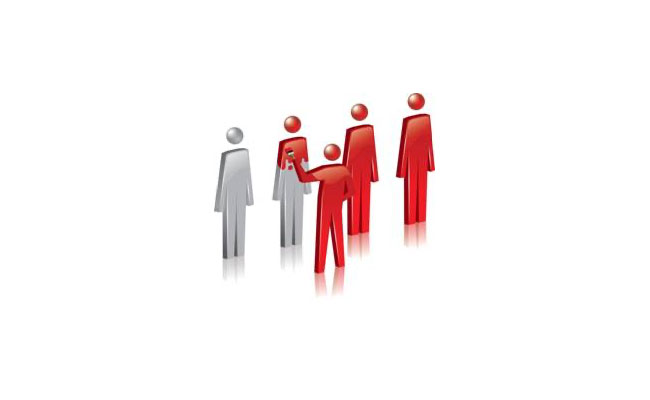 From Assimilation to Integration
from Separation to Marginalisation

The process of social, psychological, and cultural change and the risk factors for acculturative stress due to immigration.

“From a historical viewpoint, it makes no difference whether it was Abraham, who projected this experience onto an imaginary Jehovah or a real Jehovah who proposed it to Abraham.

The fact remains that after four thousand years, the idea of a covenant between the Jews and Jehovah is still alive and mentioned daily in prayers in synagogues throughout the world. Though many aspects of Jews and Judaism have been changed or modified during their subsequent four-thousand-year history, this idea of a covenant with God has remained constant. This, in turn, gave rise to a will to survive as Jews, which has been the driving force in Judaism. Without it, there can be no Judaism and no Jews. When this concept disappears, when the Jew, through a lack of this inner compulsion, no longer wishes to retain his identity as a Jew, then nothing will stand between him and assimilation, between him and his final disappearance…” (Max I. Dimont “Jews, God and History”- Second Edition 1994 - Pages 20, 21)

“In pagan days, captives marching into exile usually marched to extinction-not physically, but as a national entity. Because one set of idols was exchangeable for another, captive peoples usually embraced both the idols and the Weltanschauung (way of looking at things) of the conquerors. This was the starting point for assimilation…. The pagan was willing to lose both his religious and national identities. Such was the case with the kingdom of Israel. Such, however, was not the case with Judah.” (Ibid. Page 53)

Thus the history of the Jews is a fascinating case study not only of their Will to survive as Jews but also of Assimilation. In a chapter titled “From Ghetto to Baptismal Font” (Ibid. Pages 304, 305) Max I. Dimont continues perhaps in some of the job descriptions a bit inaccurate: "Much as Maria Theresa feared unbaptised Jews, she loved baptised ones. A converted Jew could reach practically any position he aspired to, including a career in the clergy or nobility. The career of ghetto-born Joseph von Sonnenfels illustrates the great cultural and humanistic impact baptised Jews had on eighteenth-century Austria. Von Sonnenfels converted at an early age, served as a private in the Austrian Army, studied law, wrote the legislation abolishing torture in Austria, founded the Austrian National Theatre, and became president of the Royal Academy of Arts, director of literature, and a personal friend of both, Maria Theresa and her successor, Joseph II.”

Acculturation is a process of social, psychological, and cultural change that stems from the balancing of two cultures while adapting to the prevailing culture of the society. Acculturation is a process in which an individual adopts, acquires and adjusts to a new cultural environment. Individuals of a differing culture try to incorporate themselves into the unknown more prevalent culture by participating in aspects of the more prevalent culture, such as their traditions, but still hold onto their original cultural values and practices. Acculturation affects both at various levels: the adherent of the prevailing culture and those attempting to assimilate into it. One important distinction when it comes to the risk factors for acculturative stress is a degree of willingness, or migration status, which can significantly differ if one enters a country as a voluntary immigrant, refugee, asylum seeker, or sojourner. According to several studies, voluntary migrants experience roughly 50% less acculturative stress than refugees, making this an important distinction.

According to Seth J Schwartz, PhD, Professor of Public Health Sciences at the University of Miami (2010), there are four main categories of migrants:

Voluntary immigrants: those that leave their country of origin to find employment, economic opportunity, advanced education, marriage, or to reunite with family members that have already immigrated.

Refugees: those who have been involuntarily displaced by persecution, war, or natural disasters.

Asylum seekers: those who willingly leave their native country to flee persecution or violence.

Sojourners: those who relocate to a new country on a time-limited basis and for a specific purpose. It is important to note that this group fully intends to return to their native land.

There is evidence that during the period of significant acculturation, individuals explore various strategies, eventually settling on one that they find more useful and satisfying (Professor Uichol Kim PhD, Inha University, Incheon, Korea, Dept. of Business Administration, 1988). Many modern acculturation theories claim that ethnic minorities (including aboriginal natives, immigrants, refugees, and sojourners) can favour either the dominant culture, or their own minority culture, or both, or neither.

When we are talking about immigrants’ way of interaction, and in what forms they reside in a host country, there are several strategies or models to go through. According to John W. Berry, Professor Emeritus from Queen’s University, Canada, when individuals do not wish to maintain their cultural identity and seek daily interaction with other cultures, the Assimilationstrategy is selected. In contrast, when individuals place a value on holding on to their original culture, and at the same time wish to avoid interaction with others, then the Separationalternative is selected. When there is an interest in both maintaining one’s original culture while maintaining daily interactions with other groups, Integration is the option. Here some degree of cultural integrity is preserved at the same time seeking to participate as an integral part of the more extensive social network. Finally, when there is little interest in having relations with others, often for reasons of exclusion or discrimination, it is called Marginalisation.

Integration can only be freely chosen and successfully pursued by non-dominant groups when the dominant society is open and inclusive in its orientation towards cultural diversity (Berry, 1991). (Source: Ilkhom Khalimzoda, Researcher Turiba University, Latvia/ University of Jyväskylä, Finland)

When in 1969 I moved from Austria to Britain as a “Voluntary Immigrant” to further my career and to settle down having a family, I selected according to Professor Berry’s classification the “Assimilation” strategy. I did no longer wish to maintain my cultural identity and actively sought daily interaction with British culture. Following that “strategy” I gave up my mother tongue German in favour of English, causing me some linguistic problems in the distant future. In the course of the 40 years in the UK, I slowly mutated towards Integration, reconnecting with my cultural identity and finally ended as a sojourner, described as one who fully intends to return to his native land. I did this in 2009.

The cricket test, also known as the Tebbit test, was a controversial phrase coined in April 1990 by the Conservative politician Norman Tebbit about the perceived lack of loyalty to the English cricket team among South Asians and Caribbean immigrants and their children. Tebbit suggested that those immigrants who support their native countries rather than England at the sport of cricket are not significantly integrated into the United Kingdom.

However, what is Integration? Is it not the action or process of successfully joining or mixing with a different group of people?

According to Professor Berry Integration is where some degree of cultural integrity is being preserved at the same time seeking to participate as an integral part of the more extensive social network. Why did it not work in 1990 Britain giving rise to Norman Tebbit's complaint and why does it not work in 2020 Austria in particular in the wake of the 2015 Refugee Crisis and our Turkish Austrians?

We demand a great deal from an immigrant who, apart from having to learn our language, is expected to accept also our values and customs. But Professor Berry points out that Integration can only be freely chosen and successfully pursued by non-dominant groups when the dominant society is open and inclusive in its orientation towards cultural diversity.

Therefore the recent statement from the Austrian Minister of Integration, Susanne Raab “We don’t want Chinatown and Little Italy” is neither helpful nor does it demonstrate a willingness to be open and inclusive in our orientation towards cultural diversity. This attitude does not aid the act of Integration. Tragically, only two classifications, according to Professor Berry, remain at the end available to the hapless immigrant:

Separation: Individuals want to hold on to their original culture but at the same time do not wish to interact with others (the dominant culture), creating the so-called “Parallel Society” which may also lead to a Marginalisation: Being sidelined due to little interest of the individual or group entertaining any relations with others. Reasons may include a sense of exclusion or discrimination heading towards an "acculturative stress” with explosive consequences which the following examples show: the Toxteth riots in Liverpool in July 1981 and the Banlieue of Paris in 2005 and 2017. Perhaps the recent vicious Terrorist attack in Vienna on 2 November 2020 was an apt warning of times to come even here?